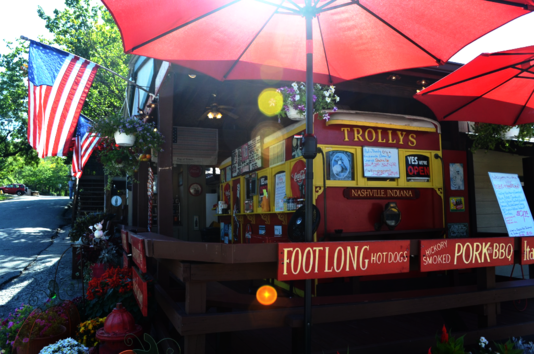 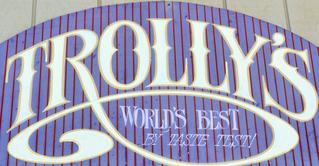 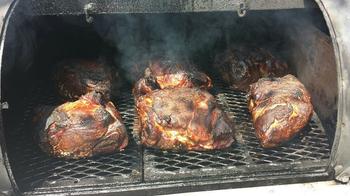 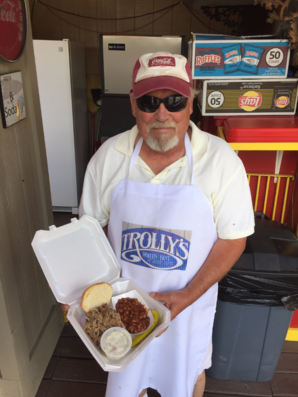 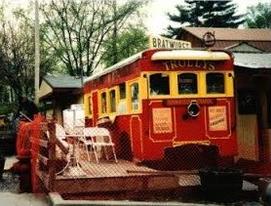 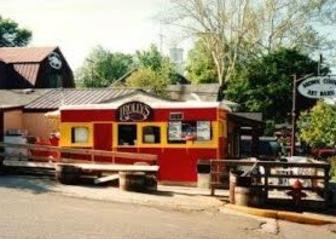 Trolly’s, the home of the best BBQ found in Brown County, began as a concession trailer selling hotdogs and bratwursts from a parking lot in the little town of Nashville, Indiana.  The trolley car came out of Toledo, Ohio in the fall of 1986, and was originally used in the early 1900’s as a bobtail trolley to carry people back and forth, to and from their destinations.

In 1987, Alan Everroad bought Trolly’s and moved it to its location where it currently resides.  Mary joined the Trolly’s team in 1994.  Upon opening, they were instantly recognized for their coney dogs, due to their special coney sauce recipe passed down through the family.  Three years later, they added Italian sausage, which also brought in many customers.

Ten years after opening, Trolly’s began to sell BBQ with such a unique way of cooking the pork that customers cannot resist.  Trolly’s pulled pork and coney dogs bring people into Nashville from all over America to celebrate not only the delicious food they offer, but also their 30th year of being in business. 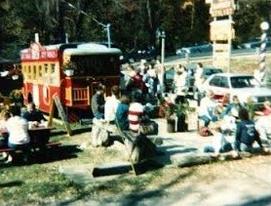